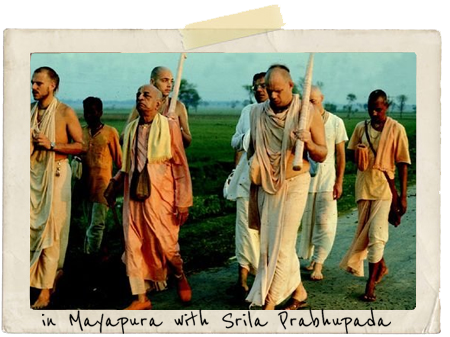 Though he had lost half his body weight, he was not ill in the ordinary sense, and the exorcists were not able to find ghosts, therefore what was Gour Govinda Swami’s condition? What actually was it?
[divider] 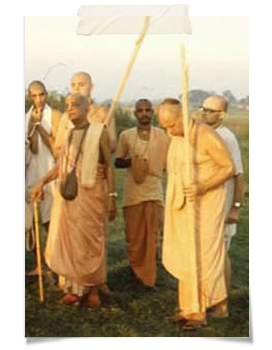 Gour Govinda Swami’s body began to change colour from red, pink, green, white, yellow and so on. Out of concern, devotees decided to take Gour Govinda Swami to the astrologer who had made all the predictions about Śrīla Prabhupāda. The astrologer examined him and he explained to them that Gour Govinda Mahārāja was experiencing bhāva—the advanced stage of ecstatic love of Godhead. 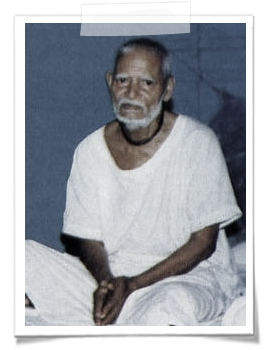 There was another person who could conclude what it was and that was Śrīla Prabhupāda’s exalted Godbrother Śrīla Kṛṣṇa dāsa Bābājī Mahārāja (whom Śrīla Prabhupāda gave the titles of niṣkiñcana – having no material attachments and paramahaṁsa – a swan-like pure devotee), who alluded to the exalted character of Gour Govinda Swami, and said he is a mahā-bhāgavata.

Krsna dasa Babaji Maharaja said he is a maha-bhagavata.

The devotees then took Śrīla Gour Govinda Swami to a brāhmaṇa Śrī Nārāyaṇa Rāmānuja dāsa, from the Śrī-sampradāya, an āyurvedic doctor and mystic, who concurred with Śrīla Kṛṣṇa dāsa Bābājī Mahārāja’s observation, that Gour Govinda Mahārāja was not suffering from any material illness, but Gour Govinda Swami was certainly displaying the symptoms of a highly advanced devotee, a mahā-bhāgavata. 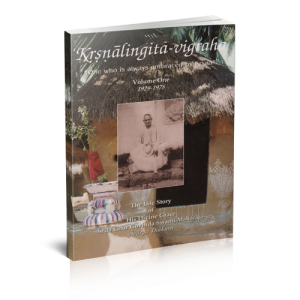 This subject matter has been discussed in greater detail in the authorised biography of Gour Govinda Swami titled Kṛṣṇāliṅgita-vigraha – One who is Always Embraced by Kṛṣṇa, Volume I, Chapter Thirty-two, and also in the book Encountering, Part I, Chapter Five, both books published by Tattva-vicāra Publications.