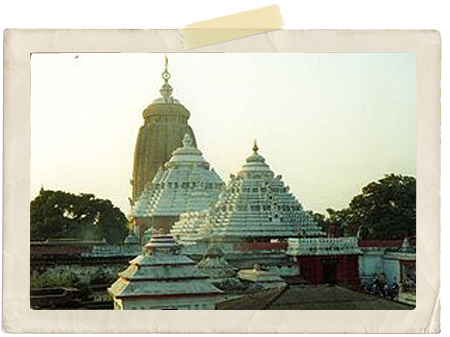 No Entrance to the Jagannatha Temple

Gour Govinda Mahārāja stayed under extremely austere conditions on the land in Bhubaneswar that was donated to Śrīla Prabhupāda’s ISKCON. In the early years [1974 – 1976], there were still bears, tigers and elephants roaming wild and many dacoits frequenting that area.

Śrīla Prabhupāda had accepted many Western disciples and taught them the glories of Puruṣottama-kṣetra, Jagannātha Purī-dhāma where Śrīman Gaurāṅga Mahāprabhu performed His pastimes. However when his Western disciples went to visit Jagannātha Purī they were refused entrance to the famous Jagannātha temple. Until the present time, foreign devotees of Lord Jagannatha are still not allowed inside the ancient temple (of the Lord of the Universe).

When Śrīla Prabhupāda learnt of this discrimination against his disciples he became very sad. He was preaching the glories of Śrī Kṣetra, Caitanya Mahāprabhu and Lord Jagannātha throughout the world, but the administration and pāṇḍās of the temple would not allow his disciples entry for Jagannātha’s darśana.

This gave Śrīla Prabhupāda such a great shock that he developed deep sulkiness [abhimāna] and thereafter decided that he would not travel to Orissa again, especially to Jagannātha Purī, the dhāma that is very dear to Śrīmān Caitanya Mahāprabhu.

Therefore how could Śrīla Prabhupāda, a gaura-priya-jana, a very dear devotee of Mahāprabhu, who had cent percent received the mercy of Mahāprabhu, fulfill the Lord’s prophesy of His message being spread throughout the world?

Jagannatha Will Come to Bhubaneswar

Śrīla Prabhupāda came to Bhubaneswar in early 1977. Although arrangements had been made for him to stay comfortably in the State Government Guesthouse, he refused saying, “I will only stay on the land where my disciple Gour Govinda has built a mud hut for me.”